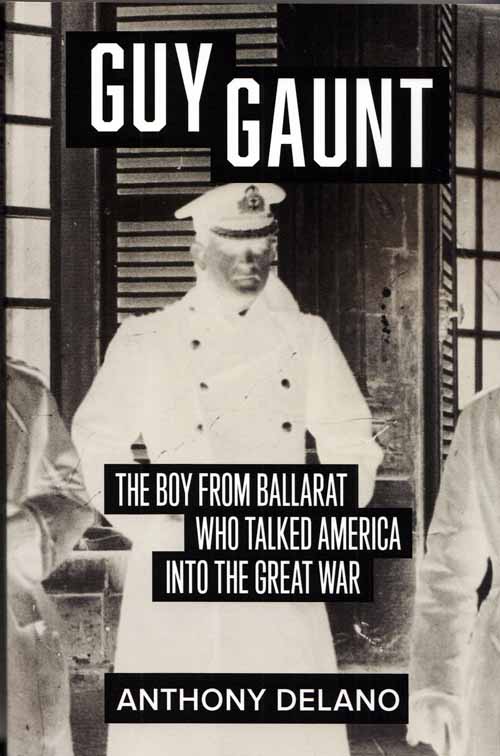 Guy Gaunt : The Boy From Ballarat Who Talked America Into the Great War

MINT - a NEW copy. Illustrated with Black and White Photographs. 320 pages GUY GAUNTâ€™s infiltration of America's leadership changed the course of history. When the Great War began he was the British naval attachÃ© in Washington, beached for recklessness at sea. Taking over a network of disaffected immigrants he thwarted all efforts by the powerful German-American establishment in the United States to stop America from supporting the Allies. Toughened by early life in the turbulent Australian goldfields, Guy built a career by playing outside the rules. He dodged his way up the ranks of the Royal Navy, married for money, snatched up a country estate, won a seat in Parliament and faked his disappearance to run off with the wife of the King's doctor. He was active again in World War II but the Whitehall mandarins took a cruel revenge

Title: Guy Gaunt : The Boy From Ballarat Who Talked America Into the Great War

Guy Gaunt : The Boy From Ballarat Who Talked America Into the Great War