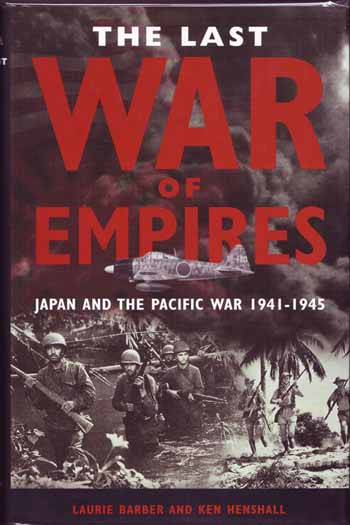 Octavo Size [approx 15.5 x 22.8cm]. Fine copy in Fine dustjacket. DJ protected in a purpose-made plastic cover. Illustrated with Black & White Photographs and Maps. 285 pages Many books have been written about the Pacific theatre of WW2, but this book distinguishes itself by placing the conflict in the context of the ambitiously imperialist modern histories of the United States and, in particular Japan. It avoids the automatic attribution of all blame to the loser and introduces little known facts such as the Japanese attack on British forces in Malaya just 90 mins before Pearl Harbor. It also draws attention to the downplayed issues such as he extent of American imperialism in the Pacific.