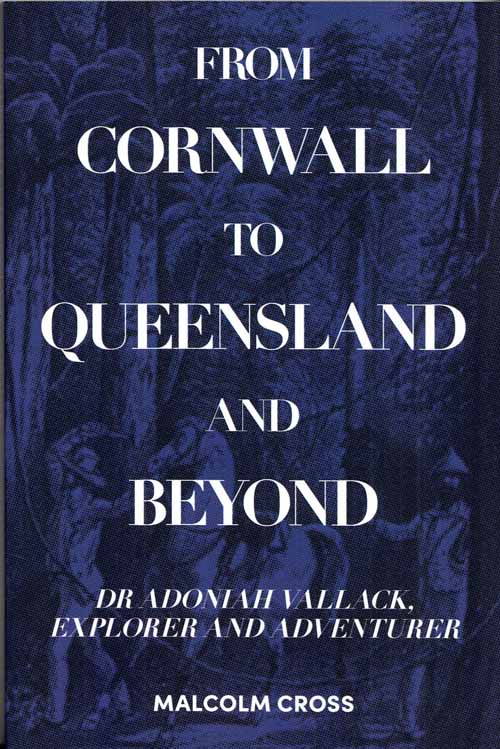 From Cornwall to Queensland and Beyond: Dr Adoniah Vallack, Explorer and Adventurer

MINT - a NEW copy. Illustrated with Black and White Photographs. 145 pages Dr Adoniah Vallack was well known in Australia, especially in Sydney, in 1848â€“49. He had played a vital part in the aftermath of Edmund Kennedy's ill-fated expedition to explore the coast of Queensland up to Cape York. Recruited as the expedition's doctor, Vallack had arranged to join the 13 others at Port Albany. In this he was fortunate since only Galmarra, the Aboriginal tracker, made it that far. Vallack led the rescue of the two other survivors and reported Galmarra's extraordinary story. Vallack was Cornish-born and had lived for a decade at Singleton in the Hunter Valley, where he was known for his medical skills, community spirit and concern for the well-being of Aborigines. Immediately after the Kennedy expedition he left for California, where he sent reports to the Australian press of the gold rush of 1849â€“50. He returned for the Victorian gold rush but soon travelled again, this time to Canada, where he was involved in the mystery surrounding the murder of a government official in the years leading to Union of the provinces in 1867.

Title: From Cornwall to Queensland and Beyond: Dr Adoniah Vallack, Explorer and Adventurer

From Cornwall to Queensland and Beyond: Dr Adoniah Vallack, Explorer and Adventurer